Tips to Deal with Hyper Kids 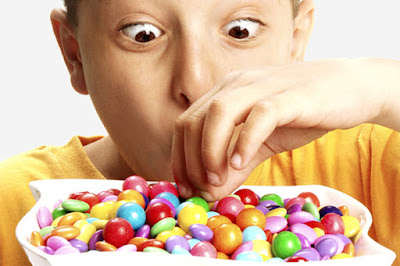 If your kid gets hyper or emotional, it is best to give them some time to get over it or calm down. Though it is natural for kids to react in an inappropriate manner, but if this habit persists, it could create problems for them. Yes, most of the people need time to get over the emotional state of mind and to see things clearly; however, with children, things can be different. For instance, your child may not listen to you when he/she experiences the emotional state of mind or when they want to ride on a car with a remote control. Therefore, it is recommended by experts to give your child the space to express the negative emotions. This is not to say that it can go unchecked but in a controlled environment, it can be therapeutic. When kids express anger, it helps in dealing with the anger in an effective way.

The strategy of pause or a moment of calm is very good for dealing with a hyper kid, in addition to letting them express themselves. It is healthy to express the emotions freely; however, you cannot expect them to calm down on their own, without any assistance of the parents. Therefore, parents must practice not to restrain the kids in terms of dictating the terms of the emotional expression. For example, parents have the tendency to become authoritative in many ways. Hence, parents can help the children by guiding them through their actions rather merely preaching them. So, if you behave in a calm manner even when you are anger, kids will get influenced by you to take charge of the emotional imbalance.

You can train the toddlers to control the emotional state of mind by telling them close their eyes and taking four-five deep breaths. This strategy is called Take 5; it helps to practice self-control in kids when they are outrageous. Parents can teach this technique to pre-school kids by laying stress on the practice of deep breathing, in addition to counting number of every breath they take. The technique of deep breathing is highly recommended to calm down the children. And it is an effective way to deal with an emotional state of mind of both children and adults.

When your kid is mad and over excited, ask them to go to the quiet corner and hug them to make them feel better. Once the kid is calm, come back again and ask the reason for an emotional outburst and how you feel about it. Moreover, it is essential to give your kid the responsibility to take charge of the life by addressing the main issues. When kids learn to deal with anger and over excitement, they become more strong and confident about themselves, as they get to take charge of the emotional state of mind. 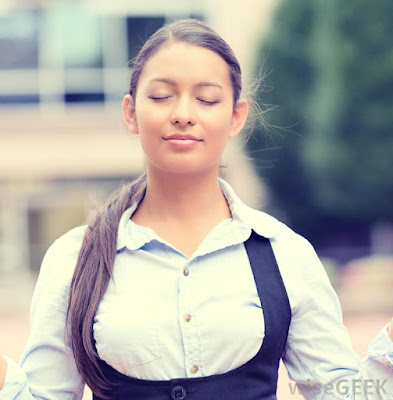 Similarly, cleansing breathing is another way used for helping kids to manage anger. First, demonstrate your kid the technique of imagining to hold the hot cup of cocoa in the hand. Second, imagine the feeling one gets to experience after having a cup of cocoa. Third, try to express the feeling of smelling the chocolate and its taste. Fourth, by breathing through the mouth, ask your child to imagine as if he/she is blowing the cup to cool down, doing this for four-five times until the kid feel relaxed is the key. And parents are supposed to train the kid in terms of using the power of breathing, in addition to control of the emotions.

When you make the kids practice the various exercises, do not forget to appreciate the efforts of the child, especially if the kid is working really hard to master the emotions. Parents can train the kids to use their willpower for controlling the emotions. Remind your kids to practice the breathing exercise when they start to lose control of themselves. If the kid tries hard to practice and to make the techniques a part of the daily routine, it becomes their strength. Though Parents cannot protect their kids from the feeling of distress, however, training them to deal with hard things is the best approach.

When your children are calm, try to talk to them about the causes of concern. One of the most common reasons behind the anger of the kids has to do with the communication, which lacks clarity, Therefore; parents must make an effort to understand the changes in the behavior of kids and to figure out the reasons. The role of a parent is important in guiding the kids to manage anger in addition to acquainting them to new techniques.

Another effective mean is to redirect the anger of kids into constructive manner is to indulge them in recreational activities..You can give the child the outlet to express the anger by encouraging them to participate in sports, for example, playing out door like soccer and table tennis. Indoor activities can also give your child the drive to contain emotions. According to experts, redirecting kids from expressing their anger at you helps them to improve control. Additionally, the role of sports is useful for channeling the negative energy of the children.


To conclude, anger and getting out of control is commonly observed in kids, which can be controlled by using different techniques. Breathing exercises are widely used for training kids to control the anger. The feeling of stress is one of the common causes of anger in children. According to experts, parents must keep an eye on the kids in order to examine the emotional changes in the personality, because it is the best way to detect the unusual behavior which can become a cause of aggression in the later stages.
Posted by Unknown at 03:37